For the second year I decided to participate at Pitti Uomo. A very controversial event, not always very popular. 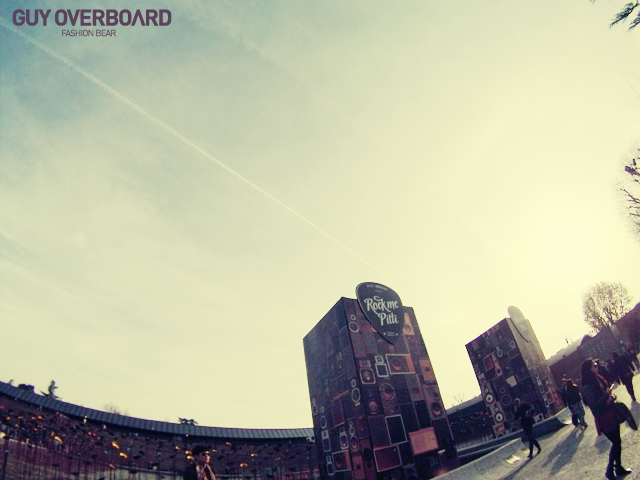 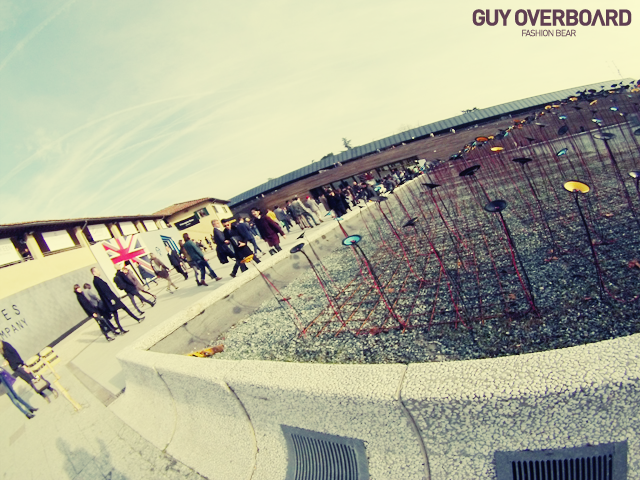 For the second year I decided to participate to the Pitti. An event really controversial, not always well-loved by many and seen simply as a show of menswear. And in fact, looking at the stands, Pitti is mainly a way for companies to renew the contacts (or make new ones) with buyers, suppliers and PR. So what is the sense for a blogger to continues to go to Pitti? The explanation is just in the story that follows, made of “fashion moments” with people who know virtually, learning by listening or watching, participate actively in the projects of those with commitment and effort makes small dreams, and why not, in shouting our presence “materializing” the outfit post, and avoid making them simple moments of blogging. 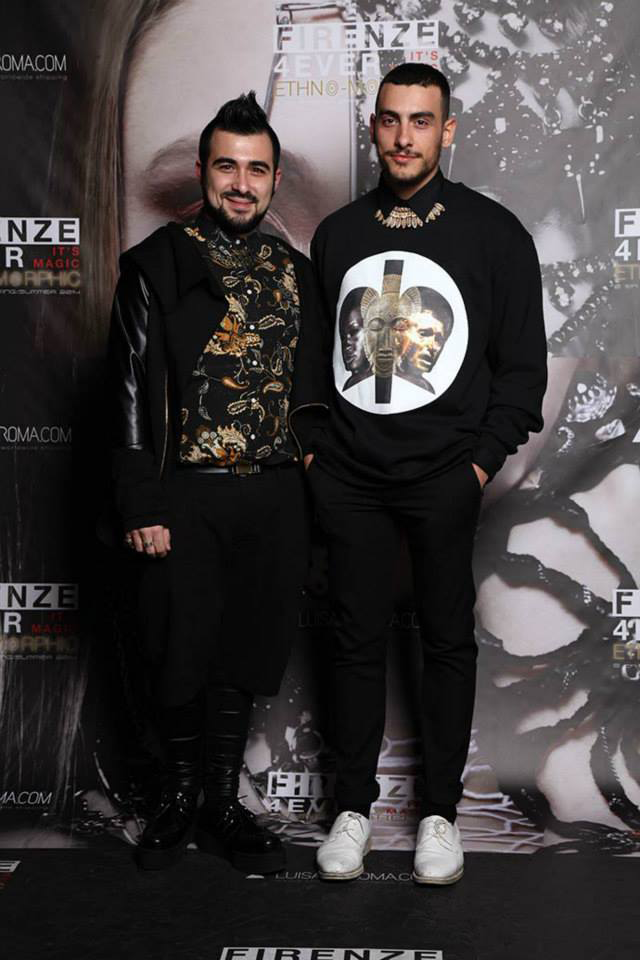 My experience begins with the event that last year I had not participated: the party created by LUISAVIAROMA, this year at the Teatro della Pergola. After some time passed (once again .. I know I’m a stalker!) together with Stefano Guerrini and GUAIZINE at CUCO Florence (for those who don’t know, one of the best contemporary cooking restaurant in the city) where I also had the honor to witness an exchange of opinions styling (the fixed on the folds of the garments are not just mine!), I started at the accreditation desk of the Party to withdraw my invitation. It may sound silly, but getting the right card for a festival dedicated to bloggers repays all the hours of sleep expenses to carry out the contents and post-produce photos for your blog.
After a sudden change (my hotel was right behind the theater), I was catapulted into the party. As you know, the dress code of the party was “ethno-morphic”: I admit that I still have doubts on the interpretation of the term, and the crisis of not being able to find an outfit right is practically finished a few hours before I closed the suitcase. Etymologically, I thought that “ethno- morphic” was referring to all those ethnic groups that become other, keeping its main features. For this reason, I chose to mix the gothic street (leather leggings with shorts, creepers and asymmetric cardigan with leather sleeves) with a shirt from the typical pattern cashmere, displaying my idea of ​​how it would be an Indian, proud of its roots, in Berlin.
After the usual photo (where the only thing I see is my huge cheeks), in the great hall of the theater there was a spectacular 3D mapping which showed an overview of all the features of the various ethnicities and cultures of the world: Morocco, Japan, Italy of the Renaissance. All projected onto the gallery of the theater, with spectacular three-dimensional effects.
After a few drinks (all those who did not drink relied them tome), it was the time of the live show by Azealia Banks: undoubted great rapper, live is a thousand times better. “212” live is simply madness. Moved into the hall, I knew all the other bloggers in recent years I have seen only through Internet, to greet those I had the pleasure of meeting before, to harass international bloggers and to foil adolescent approaches to my dear friends from naive young men. Tired, I practically collapsed just got back from the party. 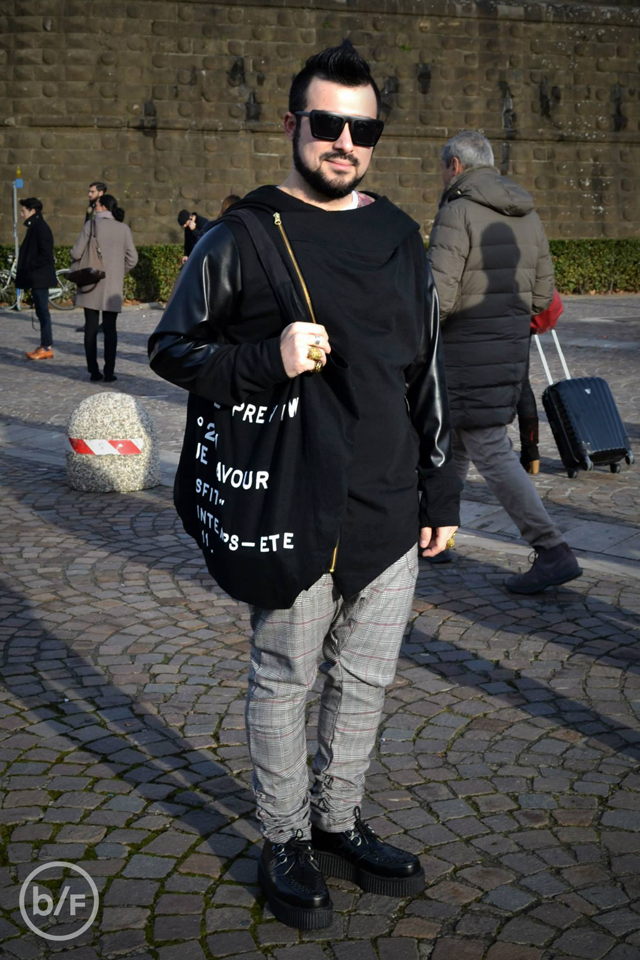 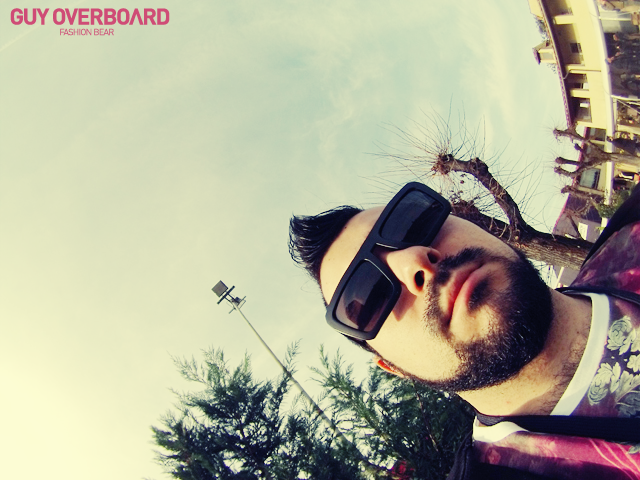 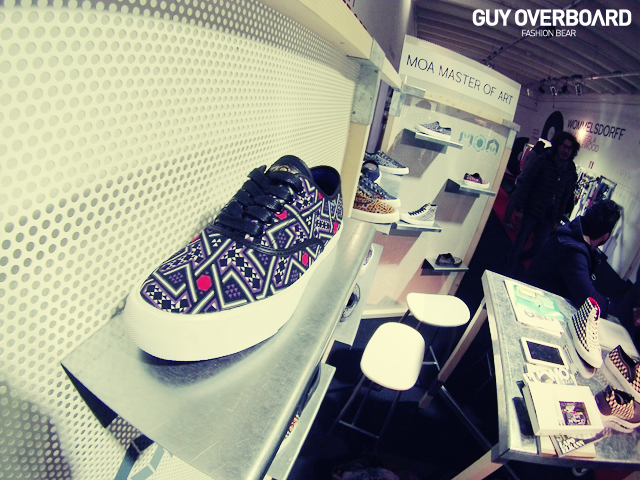 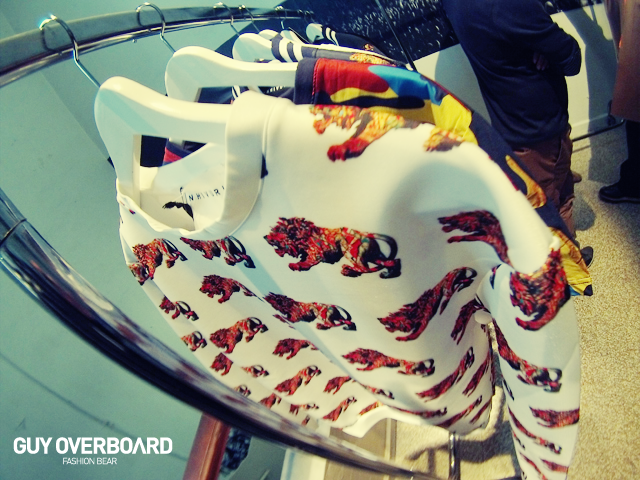 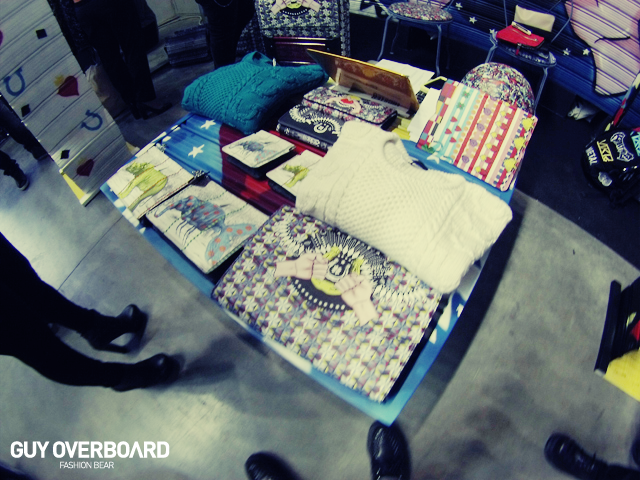 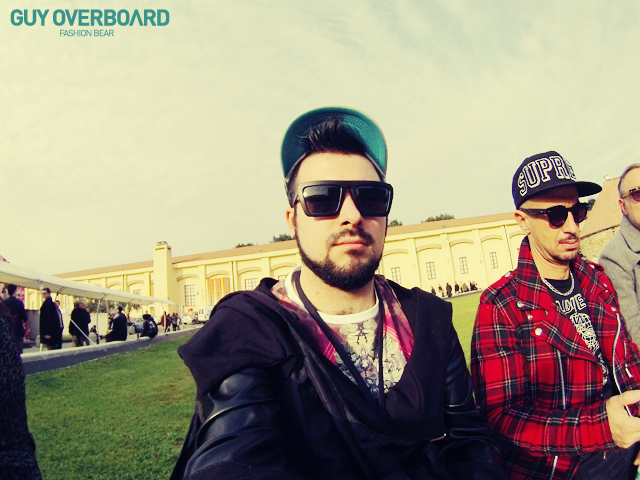 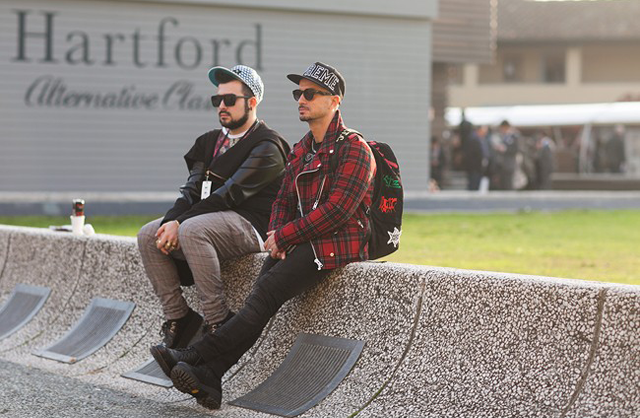 The morning I started at the fair. In the square in front of the Fortress I met Aki Cholat, shoe designer and founder of bearFLAVOURED (which he also kindly included in its portfolio of bearded men at Pitti!). After a stop in the press room, started on my lap looking for some huge brand that captured my interest and that will speak singly on the blog. Among the many, I found interesting the project “resize technology for fashion” XYZE, the two brands exhibited in New Beats (the area dedicated to debuts ) MOA – Master of Arts and Aliveshoes, the Sicily of Nhivuru, the collaboration between An Italian Theory and Azzurra Gronchi, and the Korean project FNBC by INSTANTOLOGY. In the course of exploration there have been meetings, as Robbie of The Faboulous Nobody, with I shared also the discovery of some brands confronting tastes, materials and design. I must say that both fall in love with a brand at first glance, just seen the stand. Although we asked some questions about it, what the first sight that made ​​us to hold there again and again.
Closing time, I thought to retire to monastic life because the next day there would be a second (and last) day of Pitti, with guest star Giacinto Mozzetta (that you’ve probably seen on this blog as a photographer of my outfits !). Walking down the street of the hotel, I saw a small Japanese restaurant, very simple, with only 16 seats: Toshi, the owner, is a REAL Japanese who moved to Florence to open this little place that creates, by itself, a limited number of courses, but true and genuine. In short, once again “get lost” in the city can make you discover small hidden wonders. 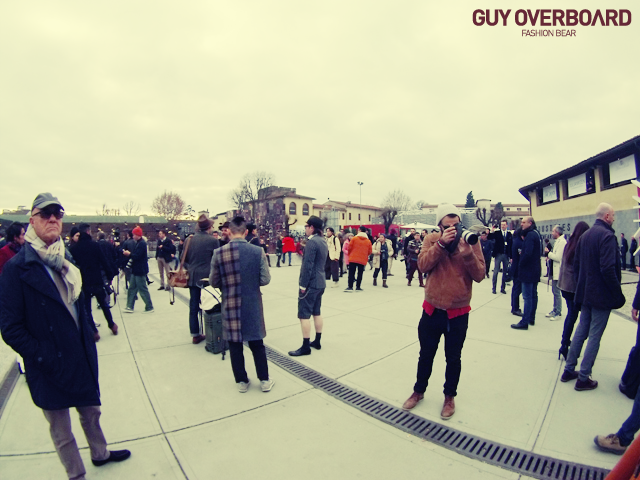 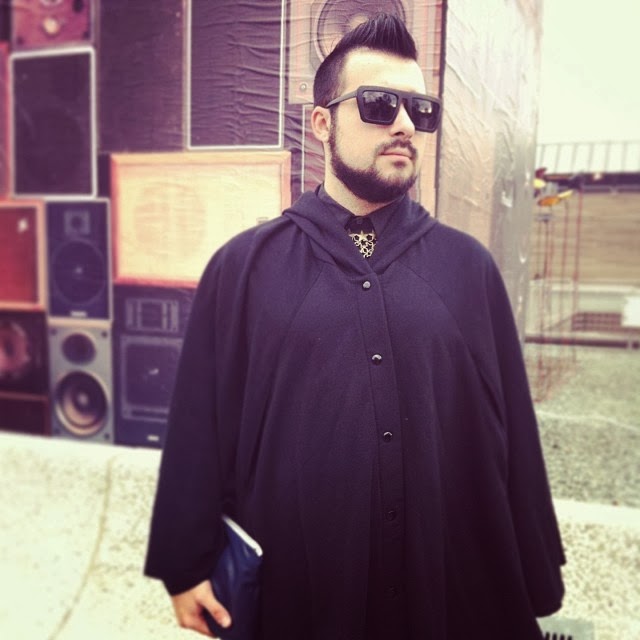 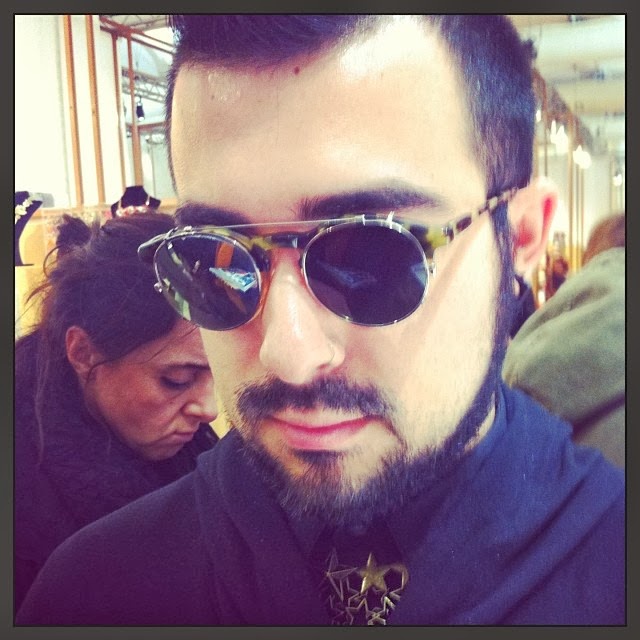 Next day I move quickly to the fort, not before taken Giacinto at the station. This second day was mainly dedicated to the meetings: I saw many bloggers read during this years and I’ve met new ones. We were in the square of the central pavilion to chat (while some were returning from the catwalk of Chiara Boni) and then we headed to the stands of our interest. We went to our friends Sunday21 and 2dipicche Recycled, now a “tradition” in the field of streetwear with their mix and match of fabrics and pop graphics, and then we all met together at the stand of TeeTrend, where there was also Stefano Guerrera, author of the popular Facebook page “If the paintings could talk” that has created a collection wit the brand that takes up part of the paintings of the page. Chance encounters instead have allowed us to meet Angelo, founder of the brand E2D (the first day I wore a t-shirt by E2D!), which made ​​us know Kyme Sunglasses, a brand of sunglasses from Puglia whose distinctive trait is definitely circular shape of glasses, revisited in many ways and with different frames flavor. After a short break (was 4 pm!) I took my luggage from storage to direct the event YESIMABLOGGER. 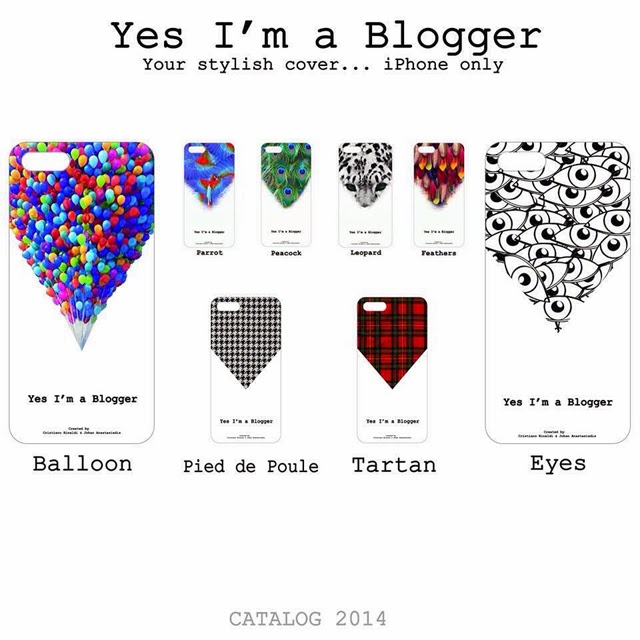 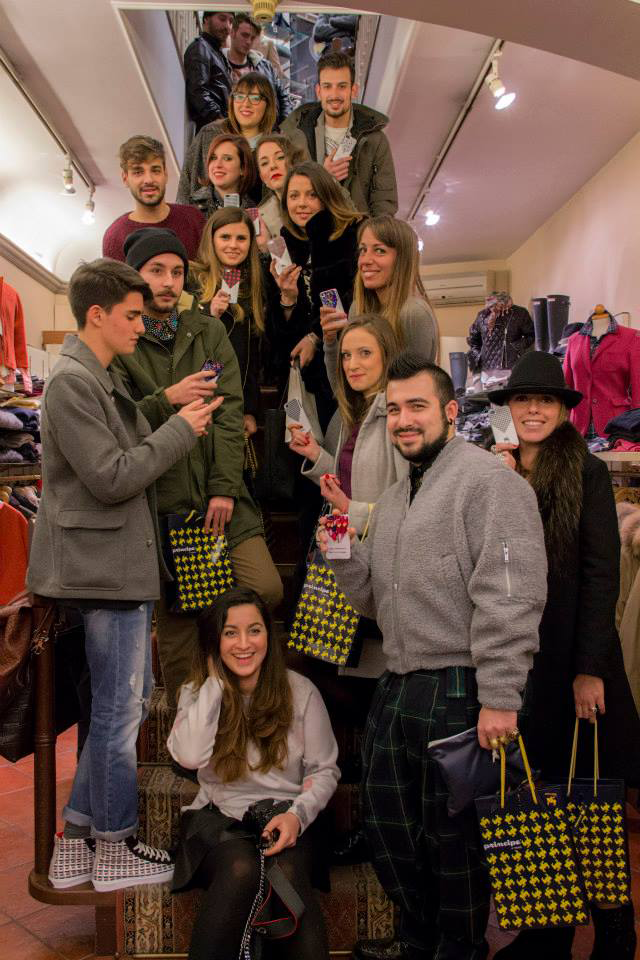 I’ve already talked about Cristiano Rinaldi, blogger of PescaraLovesFashion, and his project borned with the photographer Johan Anastasiadis making a collection of covers for iPhone dedicated just to the world of blogging. On the occasion of Pitti, Cristiano has made ​​at the historic boutique Principe, with a traditional flavor, an event to introduce two new models of the collection. Many bloggers were present: between laughter and anecdotes about dis-adventures of Pitti, the boutique has also provided its sample to allow us to create some unusual outfits. Immediately after the event, however, has come the time to take my bag and go to the station.


… and finally the train takes you back to the house, with weary legs resting but the mind excited for everything you have seen, the experiences that you’ve lived and the people you’ve met. The chatter, the laughter, the photos. I don’t know yet what is a fashion blogger, if I am, if I never will be, but I am sure that when there is passion and intelligence, there is no definition that could hinder the sharing of information and feelings. Thanks again Pitti.